This brand isn’t well-promoted or well-known, yet in my tasting, and further online research, I discovered that this is an under-appreciated gem, if you like sweet whiskey. 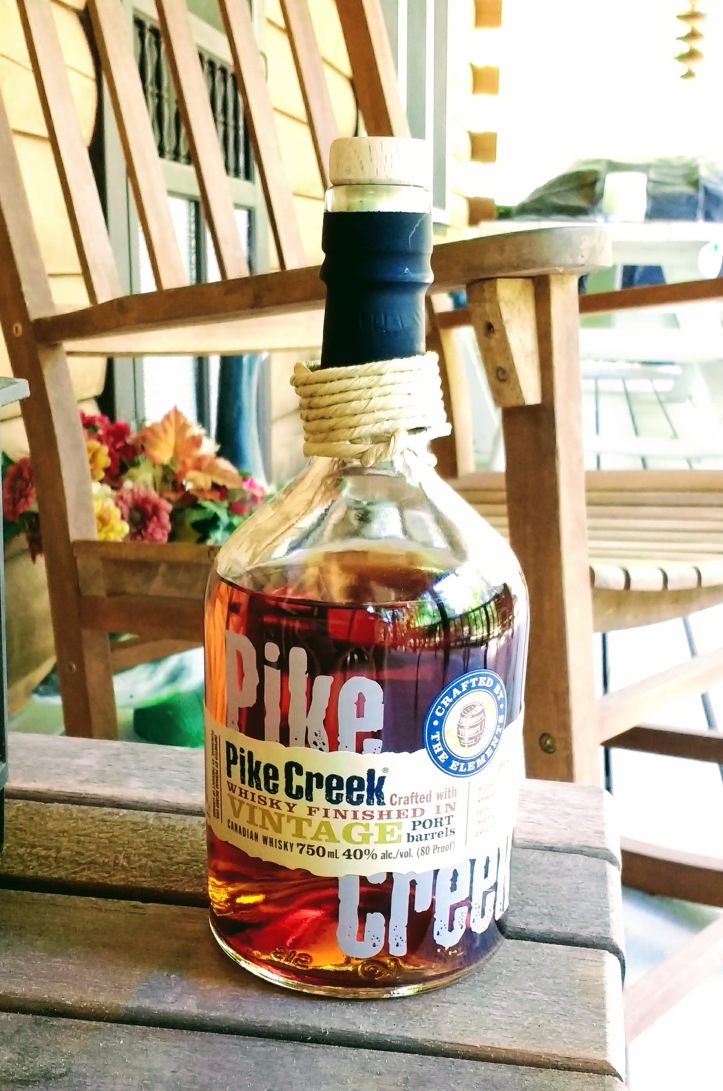 Double-distilled in copper stills. Aged in first-use ex-bourbon barrels, in Ontario. The edition of this sold in Canada is aged for 10 years; the edition sold here in the US is reportedly aged for 7 to 8 years. The company states “In Pike Creek’s non-climate controlled warehouse, the dramatic swings in temperature play a key role in the whisky’s maturation process,” Then the whiskey receives a second aging in ex-port barrels.

Color: Amber
Nose: Classic fruity bourbon, no alcohol hits me, which is nice.
Palate: Full, rich, sweet, reminds me a bit of Angel’s Envy bourbon. You can taste the caramel, and the port wine influence, but it is complementary to the bourbon instead of overpowering it. It has a lighter mouthfeel than my favorites, so that thinness is something to be aware of. No rye or spice burn.

Apparently now is the time to try this: I’ve read that it has been replaced with a rum barrel-finished version, since 2016, and I don’t know if the port finished version is being made any longer.

Having my first sample outside by the fire. 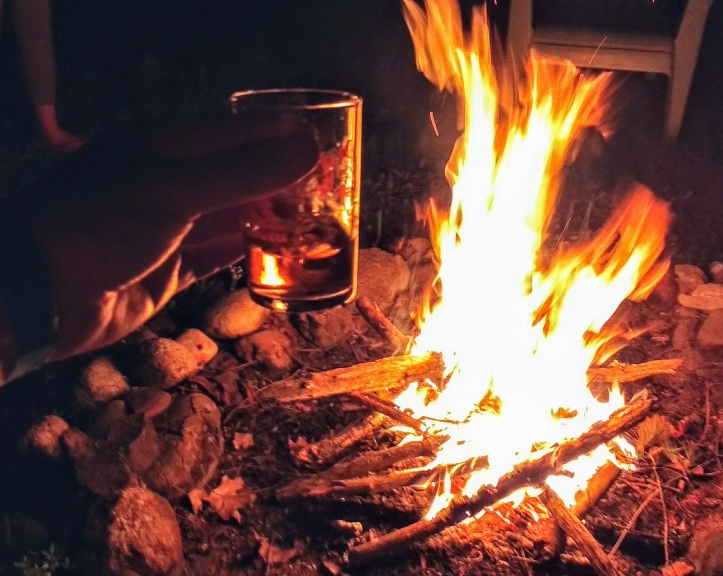 Here you can check out our reviews of  bourbon, Scotch,  Irish whiskey,  Canadian whiskey,  ryes or flavored whiskys. And feel free to learn more about me, Distilled Sunshine.