Terroir in whiskey and rum

A few whiskey and rum producers are claiming that one can tell where a spirit was made by its taste; the taste is said to be influenced by the terroir (see definitions below.)  Yet when I ask for examples, I’m only given examples when the person has a labeled bottle in front of them, so they already “know” what they expect to taste. Yet that is the opposite of being able to detect this supposed effect. When you already know the “answer” people can convince themselves that they taste something.

Are there any studies which show that people can distinguish between terroir in rums or whiskey, or even wine?  I haven’t yet found any. This seems to be something that people “know” is true, yet evidence is poor for this when it comes to wine, and lacking for anything distilled.

(A) The agricultural-scientific definition: Terroir is the set of all environmental factors that affect a crop’s phenotype, including environment, soil bacteria, local insects, farming practices. The fact that a crop is influenced by its surroundings is non-controversial. 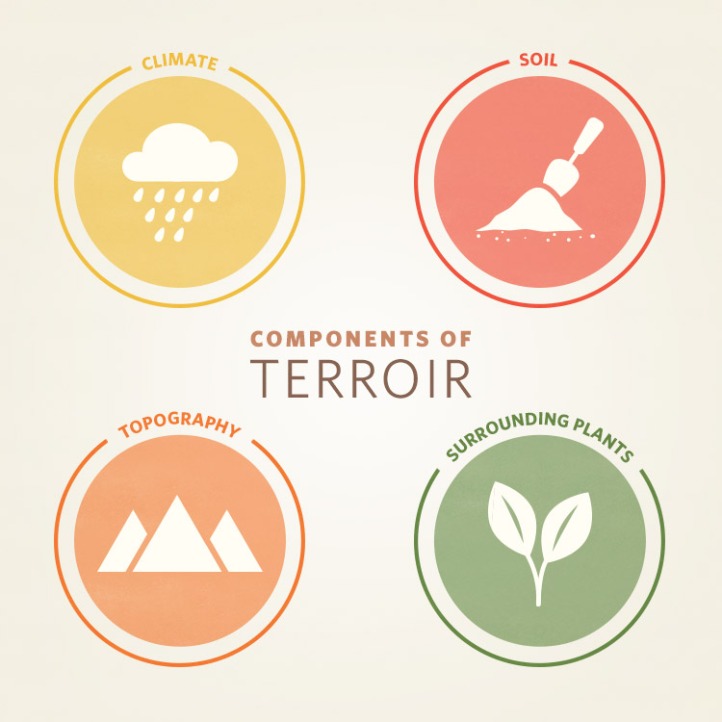 (B) The crop-flavor definition. Terroir gives a distinctive flavor to the local crops, so that one can distinguish crops by region based on this flavor.

(C) The wine definition. It is believed that the distinctive characteristics of crops survive fermentation into wine. Even when wines from various vintages are mixed together, it is claimed that a local wine has a distinctive terroir. This claim is more controversial. There are a number of scientific studies on this issue, but few are blind taste tests.

(D) The distillation claim: Recently a new claim about terroir has developed. It says that the distinctive characteristics of crops survive fermentation, as well as distillation into spirits (as in the production of whiskey or rum.)  Even when barrels from different vintages are mixed together, it is claimed that the resulting whiskey or rum has a distinctive terroir. This claim is much more controversial. I am not aware of any evidence that this claim can be substantiated.

When it comes to foods, and wine, the first two levels of the terroir idea are the basis of geographical indicators, especially the Appellation d’Origine Contrôlée, AOC.

There Is No Such Thing as Minerality. Benjamin Lewin. WineSpecific.

Will people please stop trying to prove terroir exists. It’s more useful to look for gold at the end of the rainbow. Benjamin Lewin, WineSpecific

Microbial biogeography of wine grapes is conditioned by cultivar, vintage, and climate. PNAS 1/14